After weeks of effort, a new version is online that aims at significantly improving the graphic quality of the program. The textures of the objects of the solar system have been updated, but it is especially the rendering of the Moon’s surface that has been the object of a particular care. 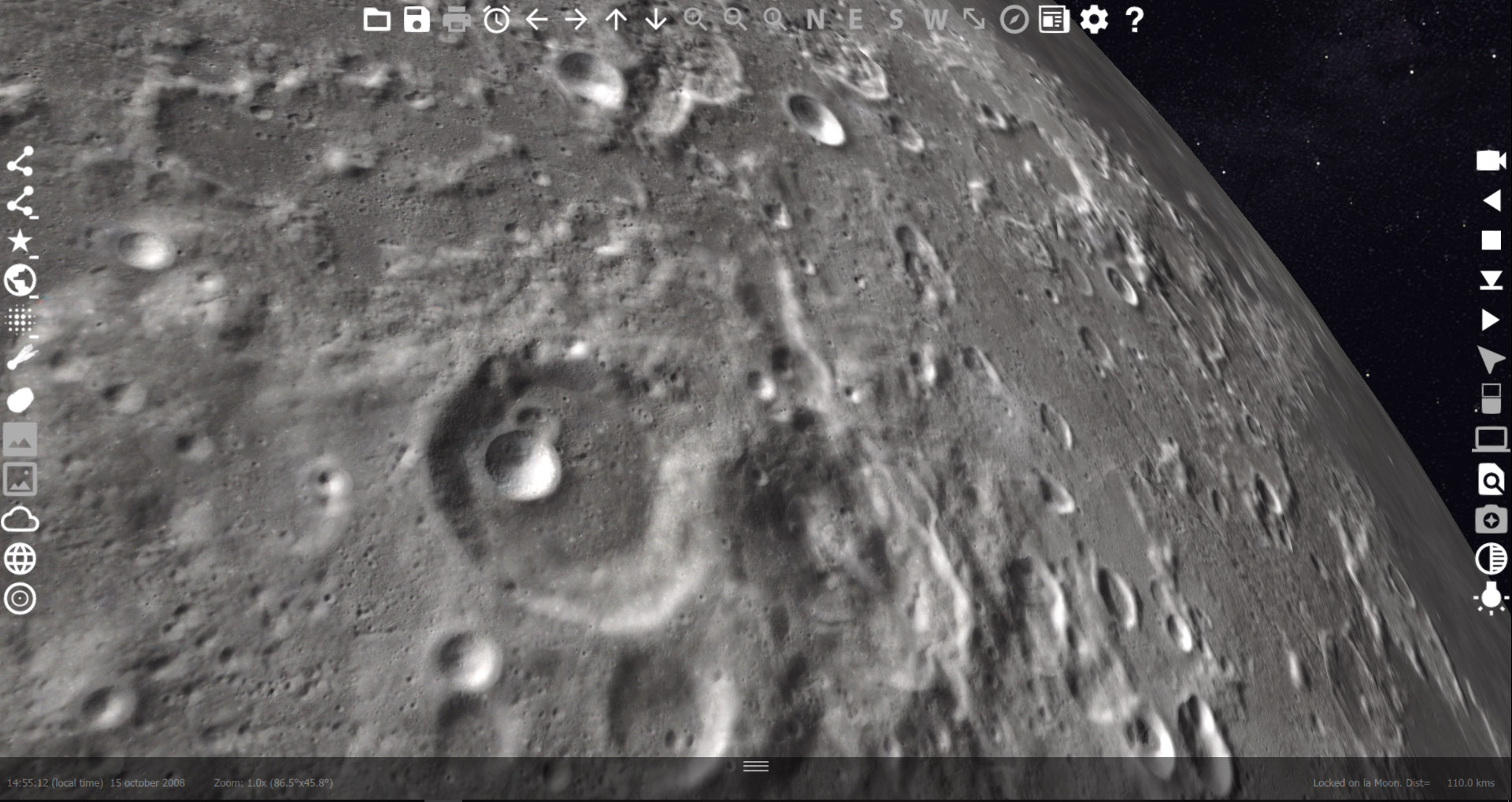 In order to create a 3D effect, I use the Parallax Occlusion Mapping technique which simulates the drop shadows of the relief according to the position of the Sun and of the observer. Thus, even if for the moment they are only absolutely flat textures glued on a simple sphere, the result is often amazing and gives the impression of being able to walk between the mountains and the craters.

In a future version, the surfaces of several objects of the solar system will really be recreated in 3D, but it will be necessary to dispose of a sufficiently powerful configuration to take advantage of this possibility (i.e. having a DirectX 11 or OpenGL 4.0 compatible graphics card at least capable of applying tesselation in hardware).

New details that were already present in version 2 are now back with this revision 3.0.52 as the reflection of the Sun in the Earth’s oceans. 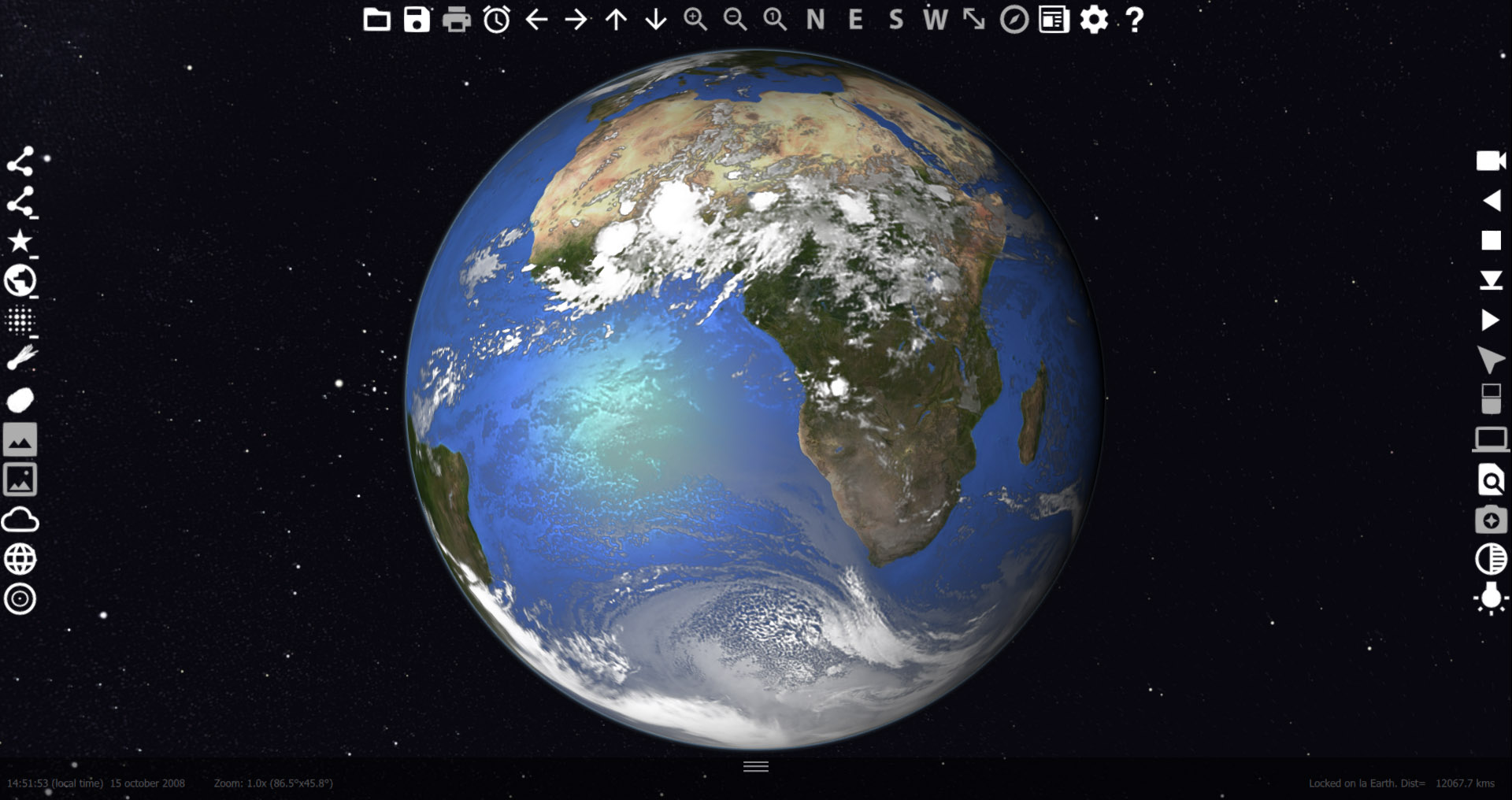 Finally, the program now displays the names of the main geological formations visible on the surface of the planets and their satellites (there are also the Earth capitals and landing sites of space missions for other objects). 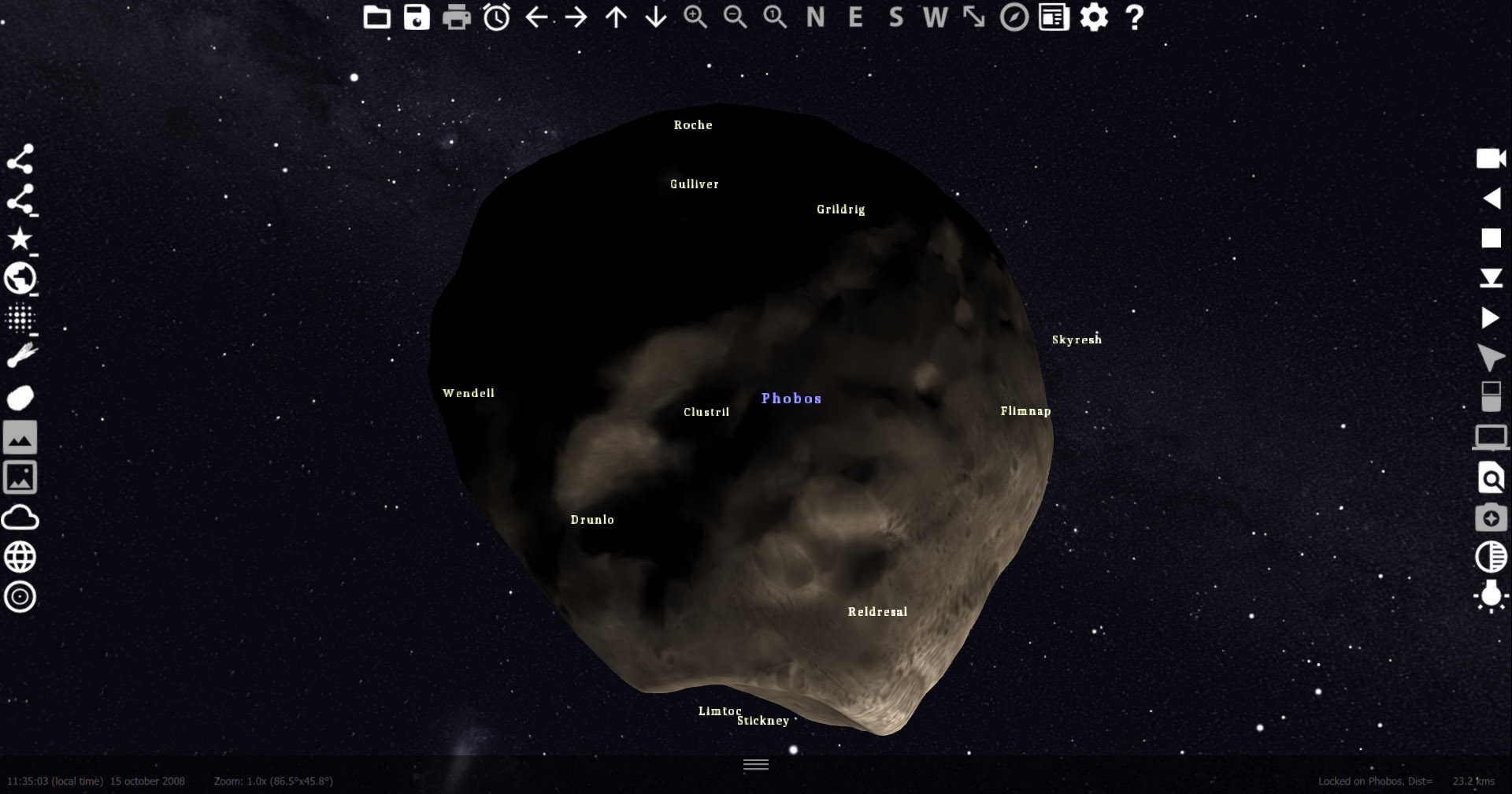 It’s up to you to try to find the landing sites of the Apollo missions !