October 2020 – WinStars 3
Skip to content
A Great conjunction is a conjunction of the planets Jupiter and Saturn. Great conjunctions occur regularly (every 19.6 years, on average) due to the combined effect of Jupiter’s approximately 11.86-year orbital period and Saturn’s 29.5-year orbital period and due to the proximity of the orbits of the planets. The upcoming Great conjunction will occur on 21 December 2020.
Conjunctions occur in at least two coordinate systems: equatorial and ecliptic. The conjunctions in first system are measured in right ascension, along the celestial equator. The second system is based on the ecliptic, the plane of the Solar System. When measured along the ecliptic, the separations are usually smaller. Conjunctions are characterized by angular distance between planets and elongation (angular distance from Sun). The visibility of the exact moment of a conjunction depends on the observer’s location. 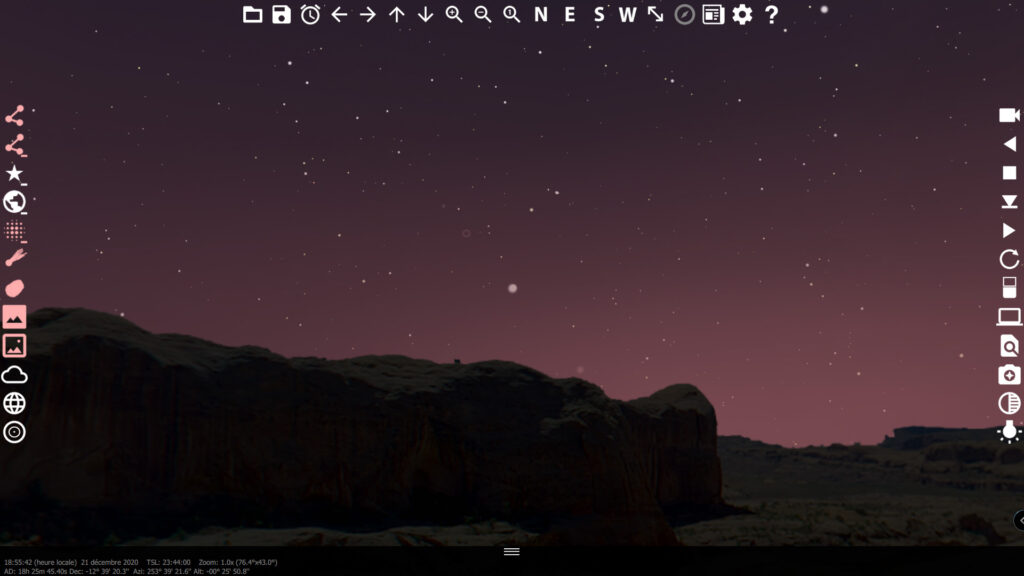 On July 30, a powerful AtlasV rocket left Earth with the Perseverance rover and the Ingenuity drone on board. The Mars 2020 mission is designed to operate until 2030 and should help NASA and ESA to reach important milestones in the exploration of the Red Planet.

It will begin with a planned landing on February 18, 2021 near the Jezero crater, which presents an interesting profile for the quest of traces of past life. We now know that this crater was a lake several billion years ago.

Mars 2020 is in fact the first step in an ambitious project consisting of three missions designed to bring samples back to Earth for further examination. The rover will carry out drilling cores that will be carefully stored before their return to Earth. The Sample Retrieval Lander (SRL), built by NASA, and the Earth Return Orbiter (ERO), developed by the European Space Agency (ESA), are scheduled to launch in a few years to retrieve these precious samples from the Martian soil.

You can follow the itinerary of Mars 2020 in W3 by downloading the module of the same name. The trajectory of the probe is directly taken from the Horizons server of the Jet Propulsion Laboratory.